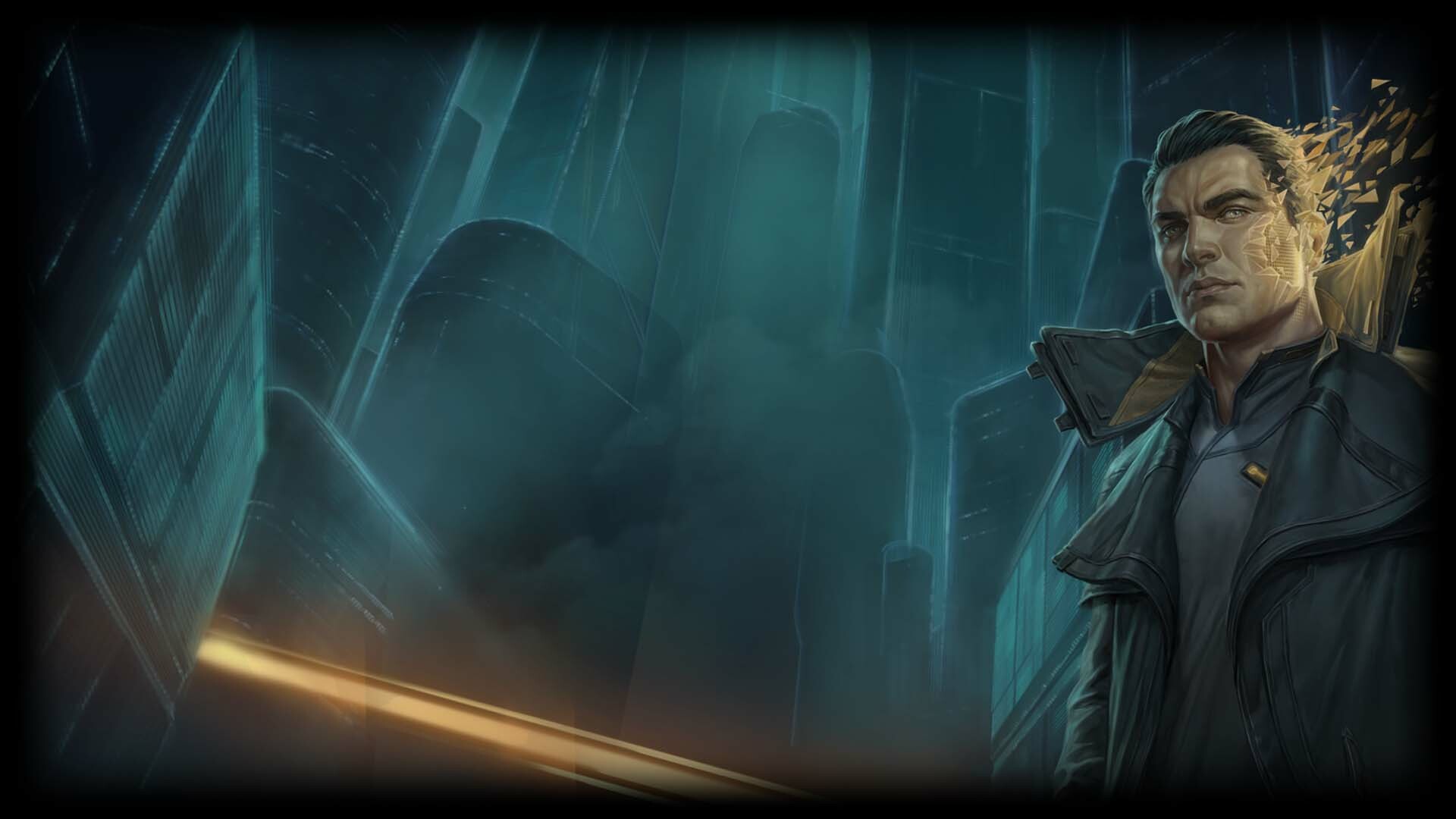 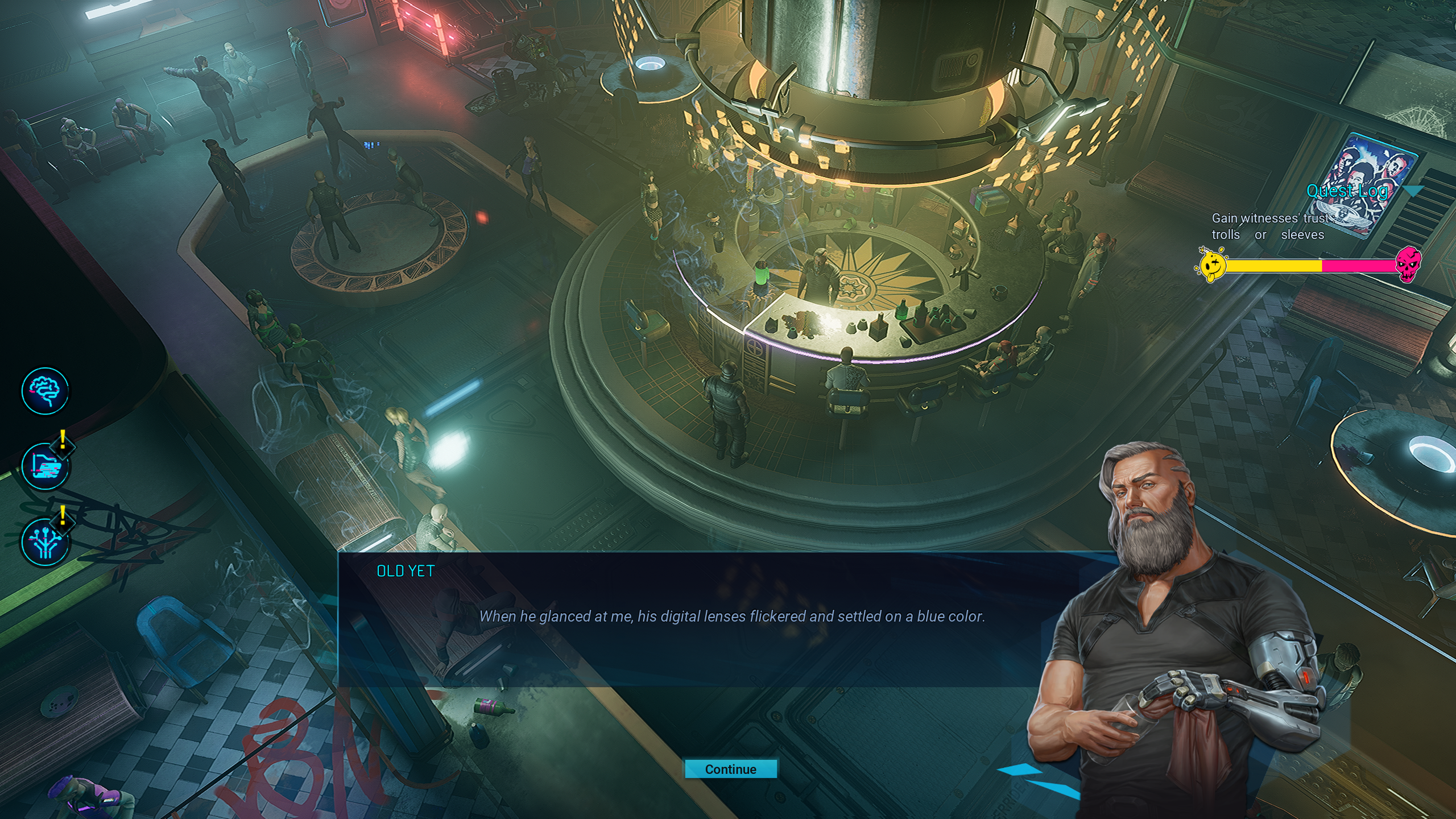 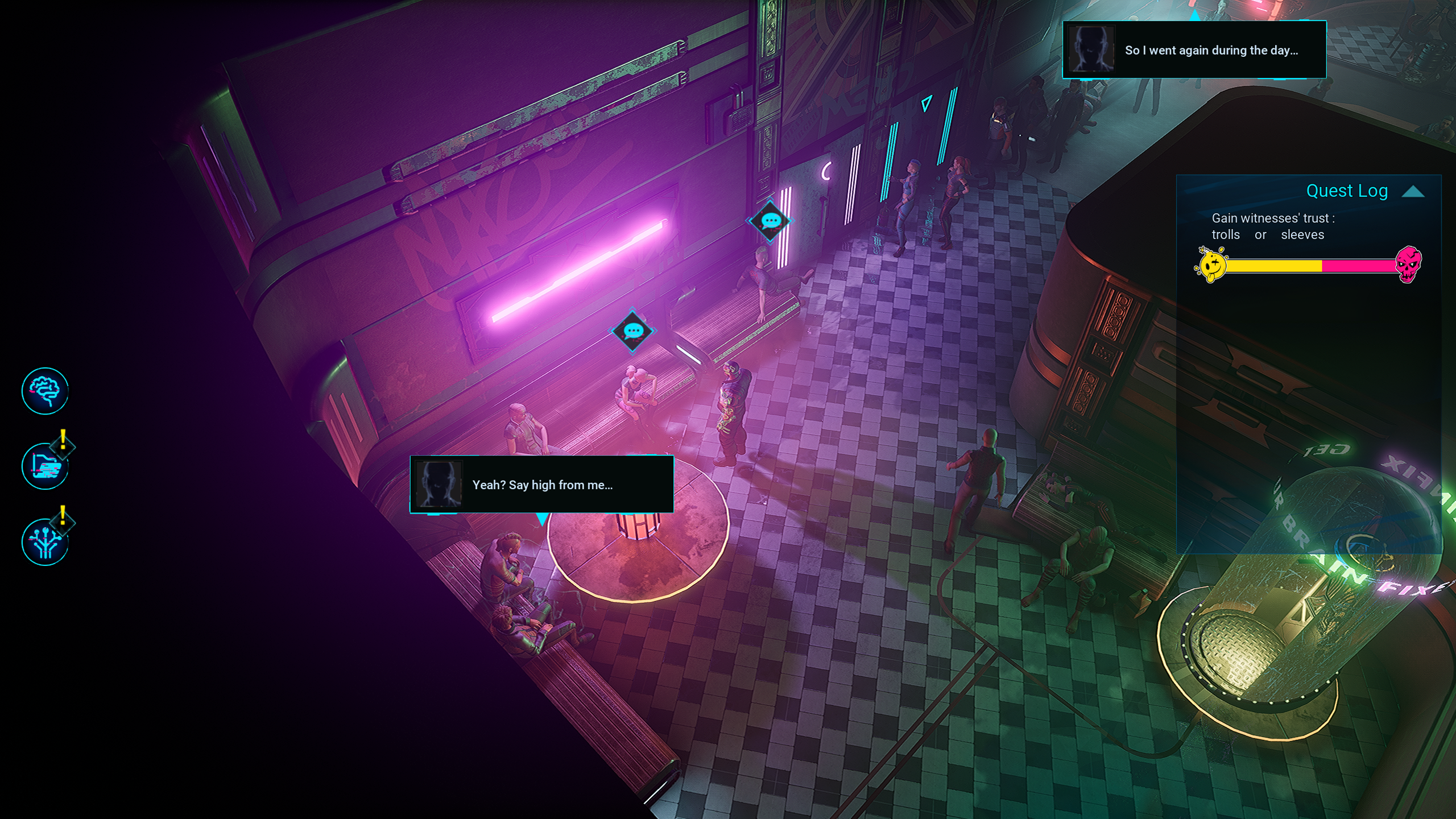 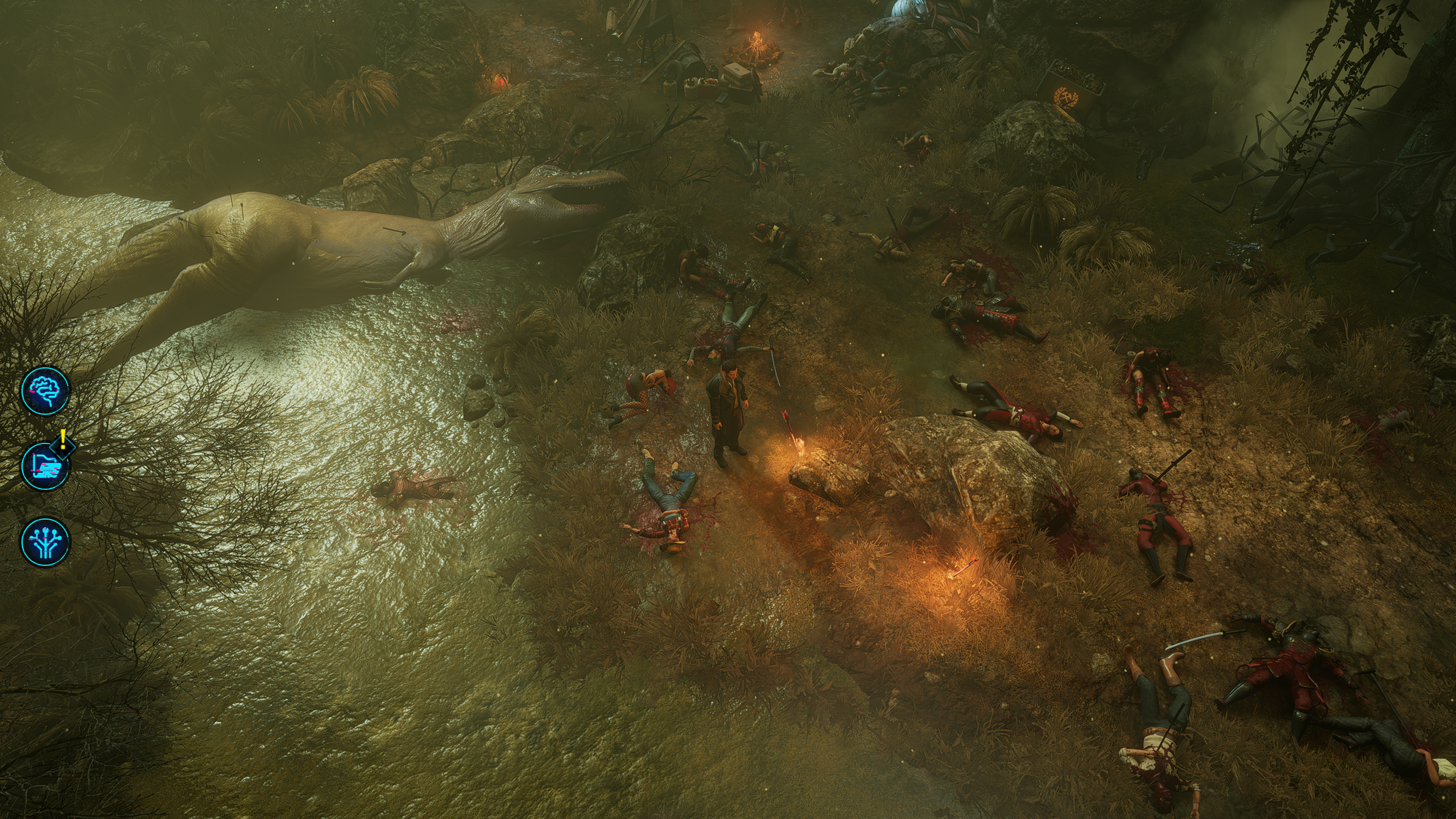 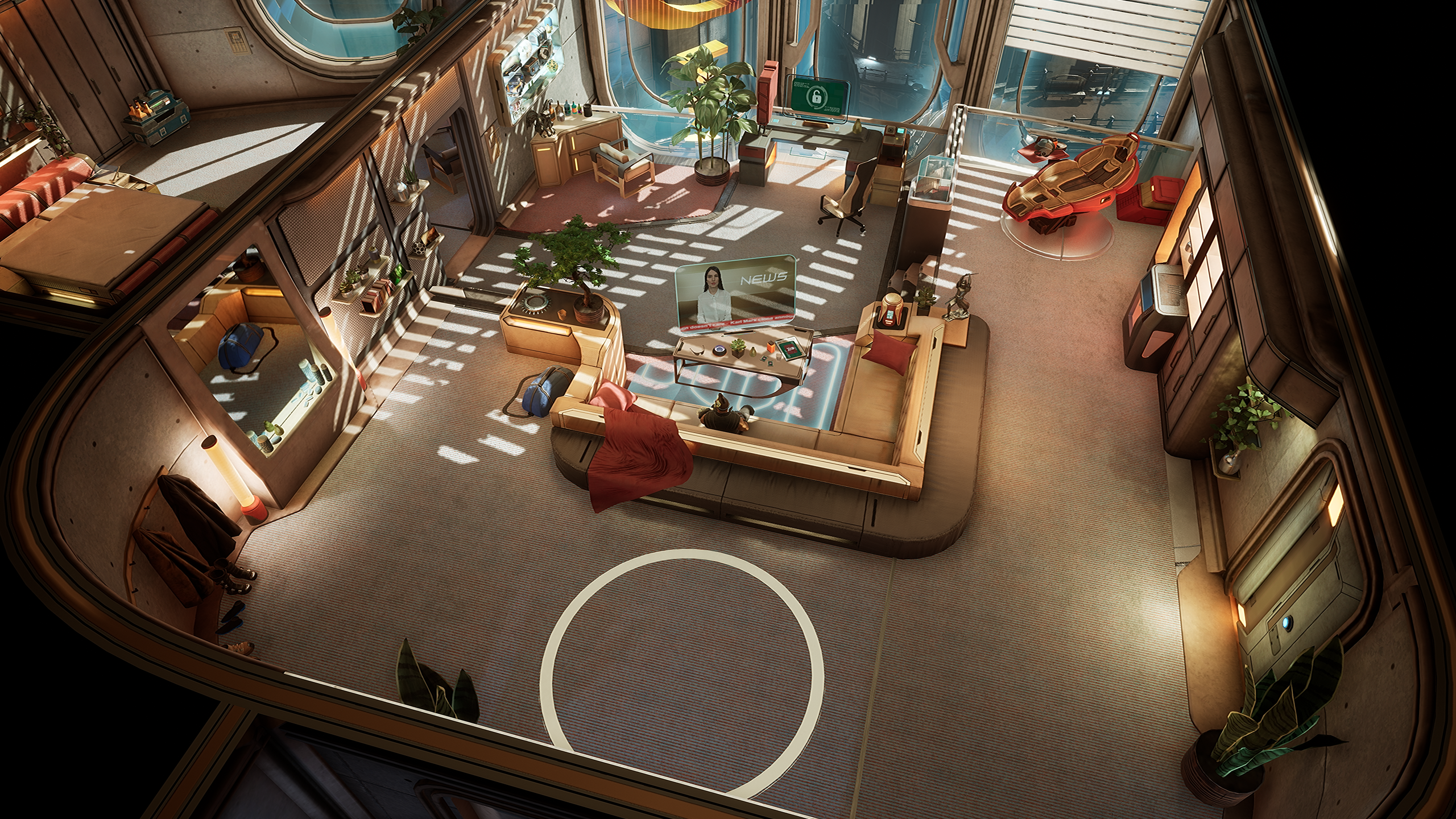 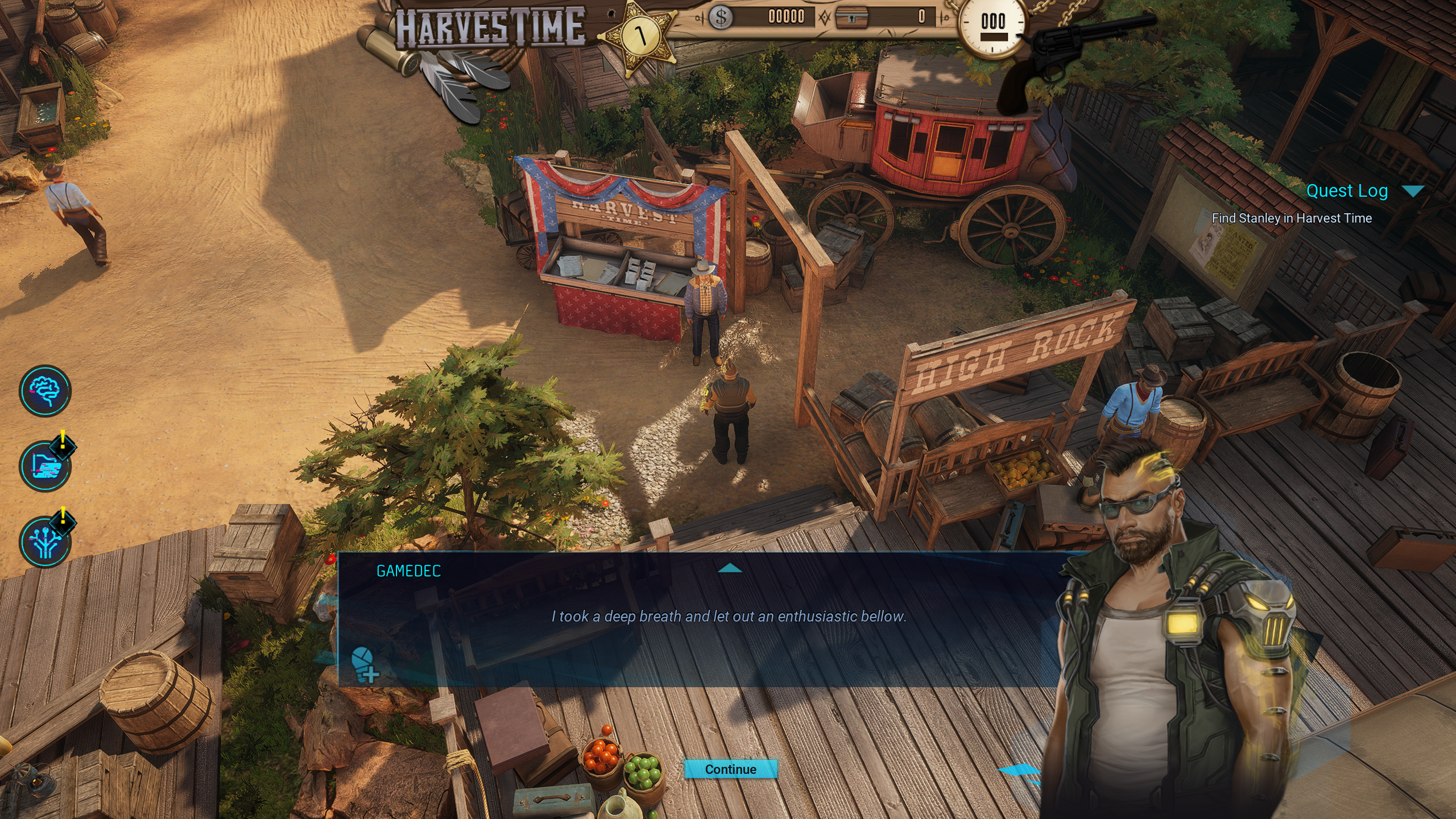 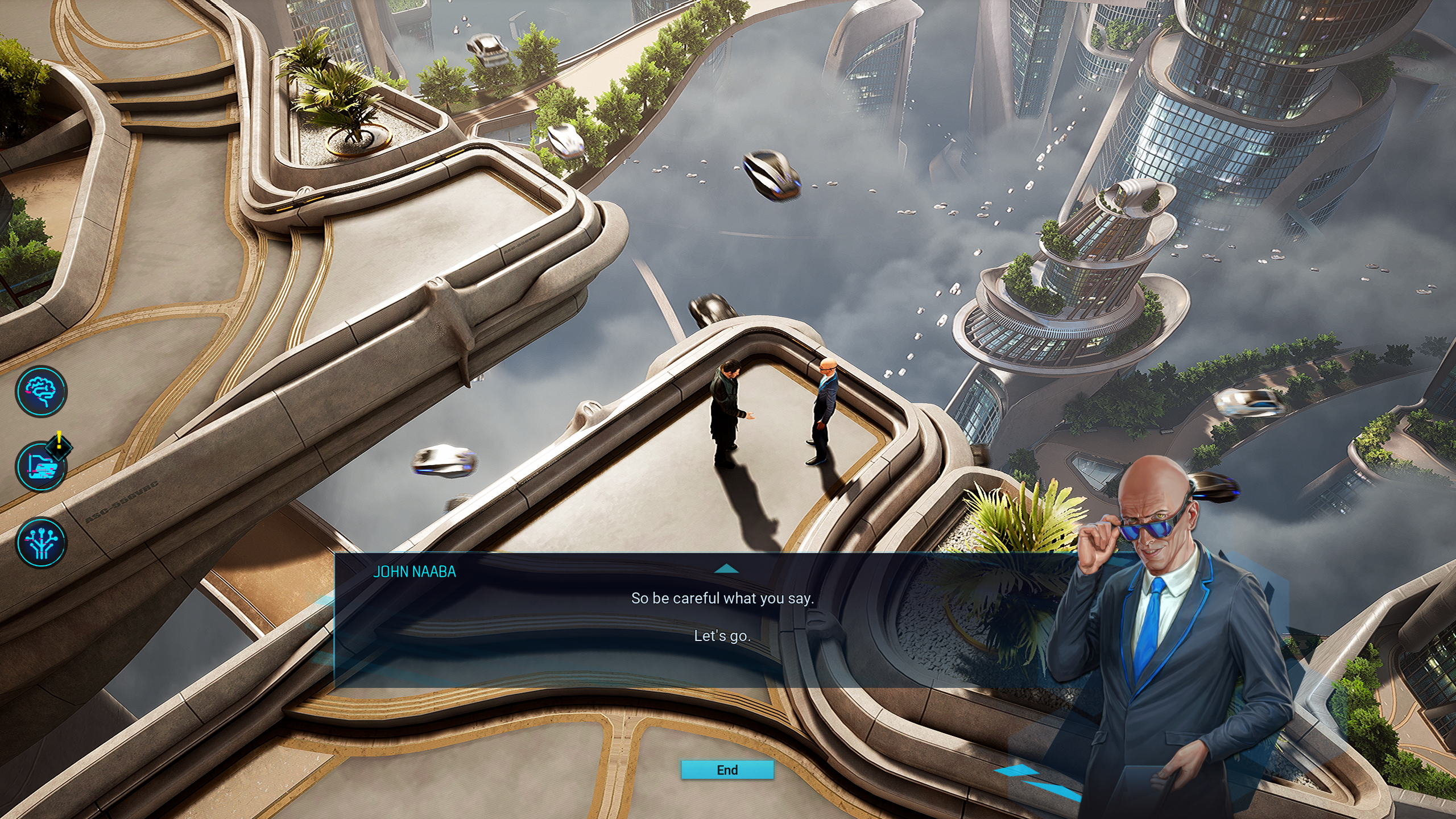 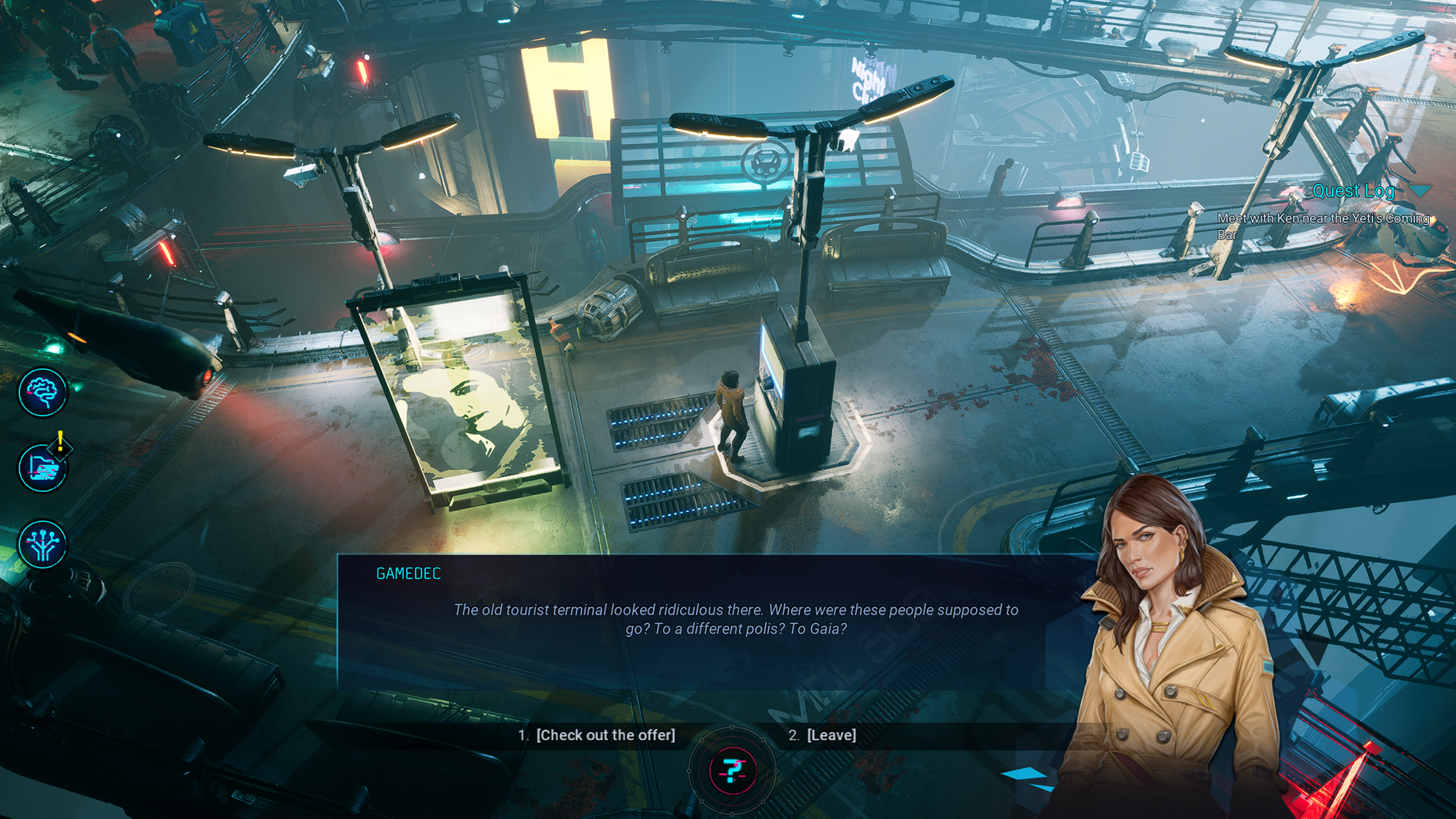 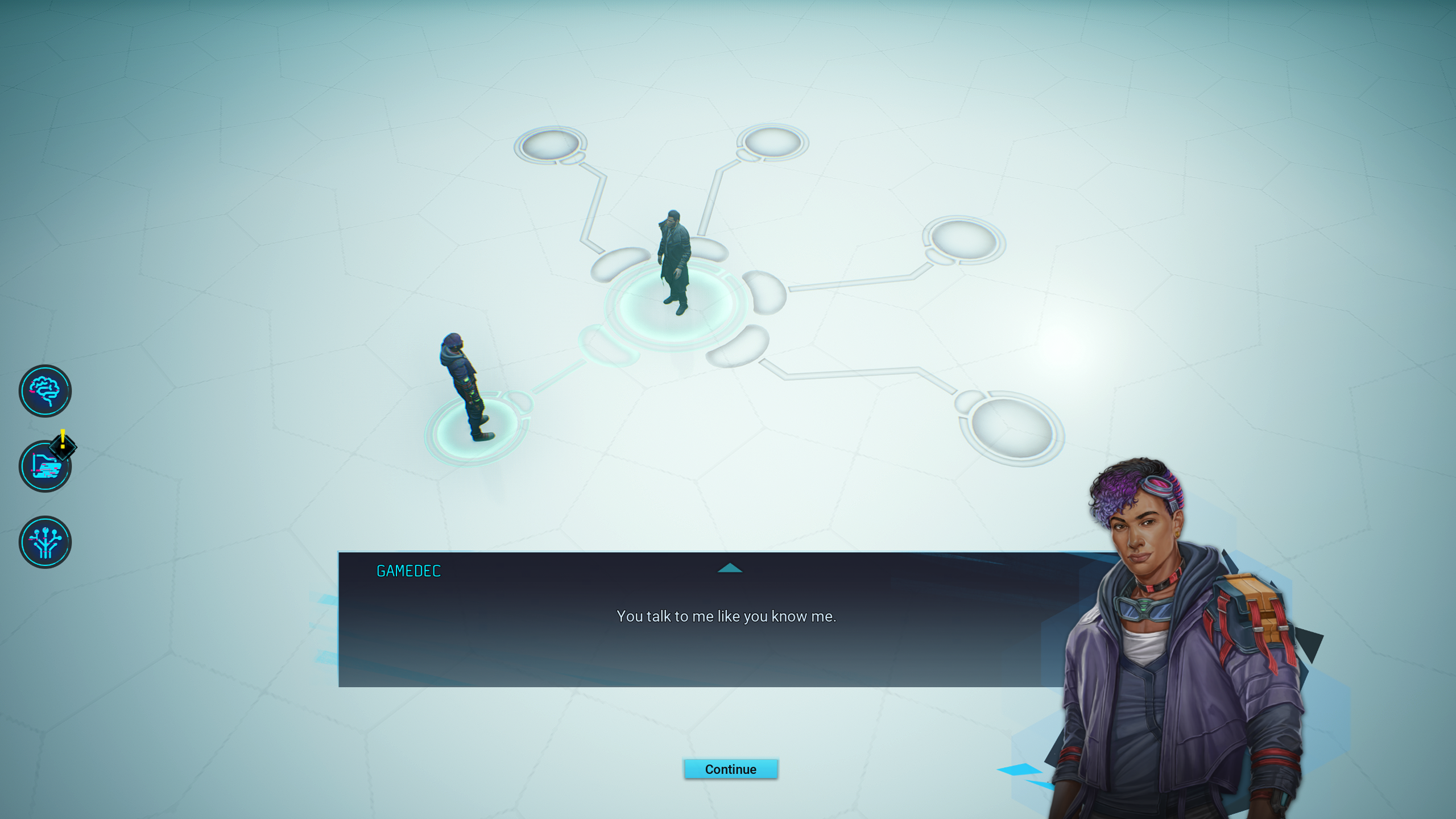 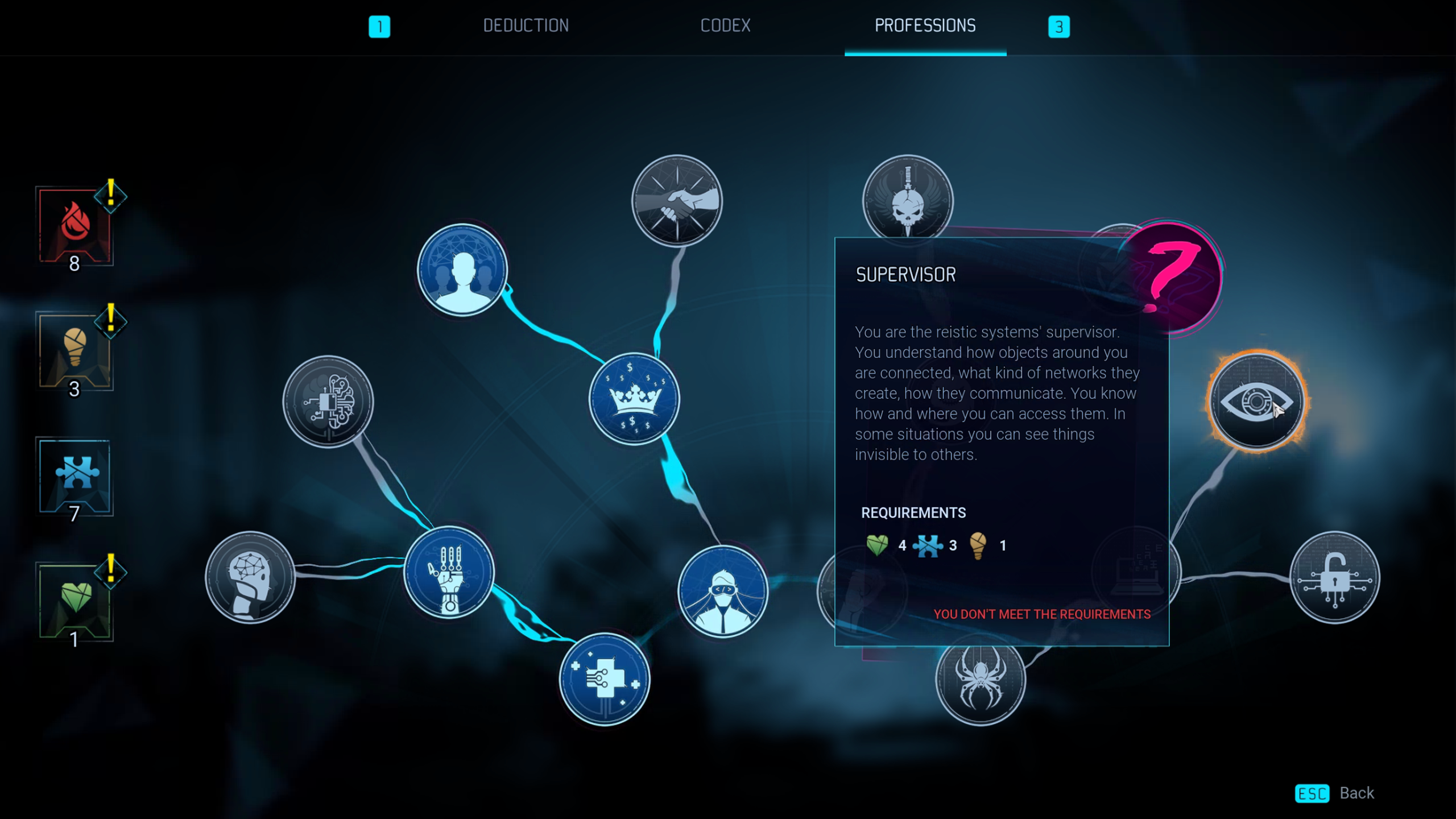 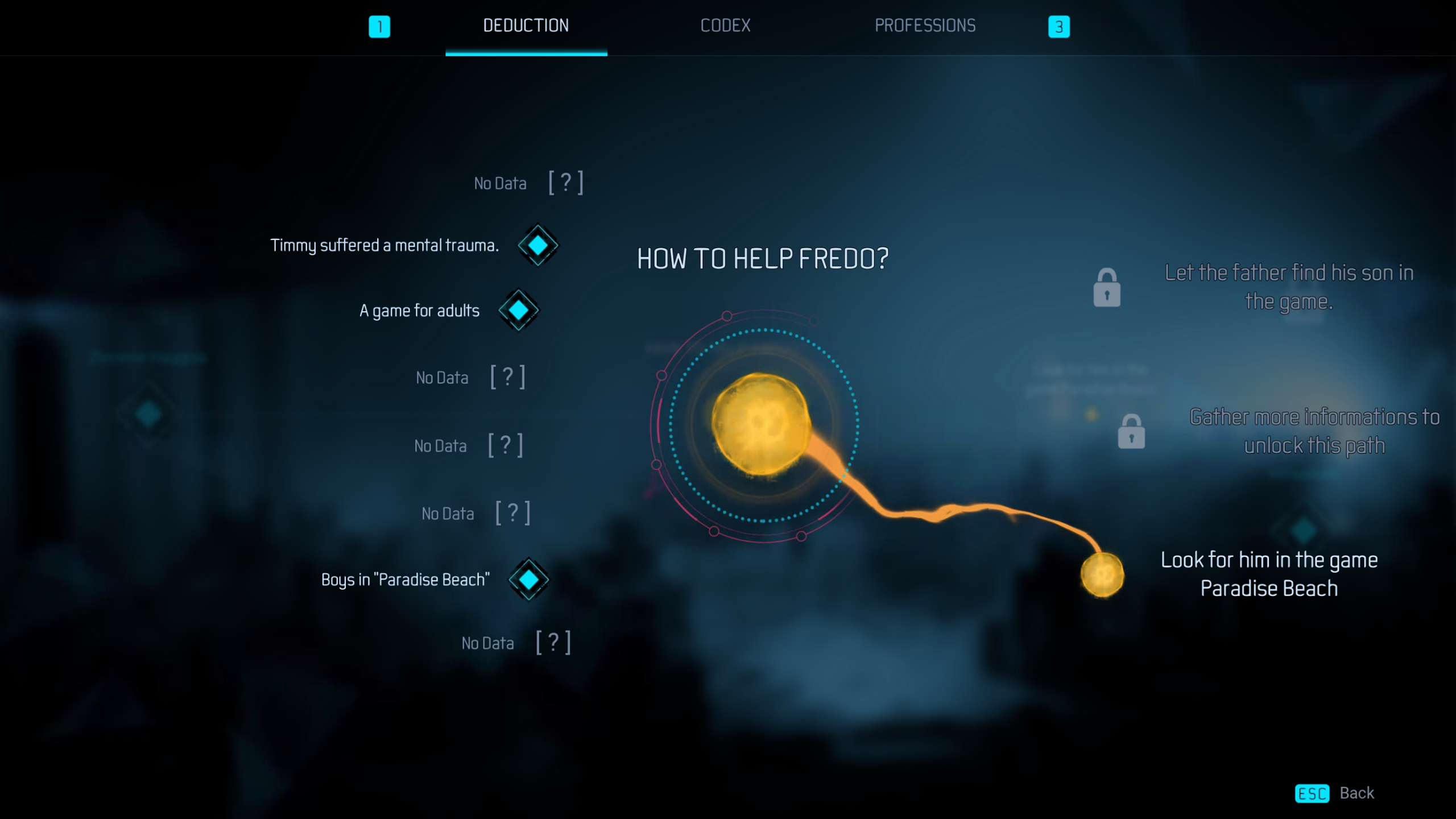 Gamedec is a single-player, non-combat detective thriller set in a dystopian cyberpunk Warsaw City. The game is built around a system of highly fluid decision-making leading to very notable narrative branching.

As society escapes into totally all-consuming virtual worlds for both business and pleasure, the need to weed out (or help) all the criminals, scammers, and opportunists in these worlds requires a specialist. You are a game detective, someone who solves crimes inside these bizarre and varied virtual worlds.

Originally released on PC in 2021, the game garnered multiple awards and praise for creating a level of choice and freedom similar to actual pen and paper RPGs.

Games within a game

Each virtual game world you are tasked to go into has its own set of rules and norms.  Each new case will take into a new game world with its own variety of game mechanics, creating a slew of games within the game itself.

Be your own detective
Multiple skills and abilities allow you to be a true detective. Use your cunning to identify witnesses and suspects. Question and interrogate NPCs to gather intel and access different dialogue options depending on your choices. Use your Codex and Deduction tools to unscramble facts, pick evidence and create your theory of what you believe really happened. And when all is said and done, decide according to your own ethics and integrity.

Wildly branching narrative
Each case has multiple conclusions and it’s up to you to decide which actions to take. The consequences can be immediate, long-term, or even hidden. Morality is a thing of the past and no actions will be judged as “the bad choice”. There are no fail states on investigations, just different outcomes. Say a client hires you to uncover their blackmailer, only you discover the man paying you is just as shady. Do you follow through and expose the blackmailer or team up with them to exhort your client? Or maybe you double-cross both of them, selling the info on the black market? Your choices here can then impact what options become open or closed to you in the next cases.

You are the sum of your choices

Every game detective has a different past and backstory. Which you pick and what attributes you apply in the character creator already change the course of your story and investigations. In Gamedec the story and your character continually evolve based on your choices. Unlock a deep skill tree of traits and abilities based solely on actions you take in previous cases.

[email protected]
Sign up for Newsletter
© Copyright Untold Tales 2021. All Rights Reserved.
Design by We Design